All News The final countdown 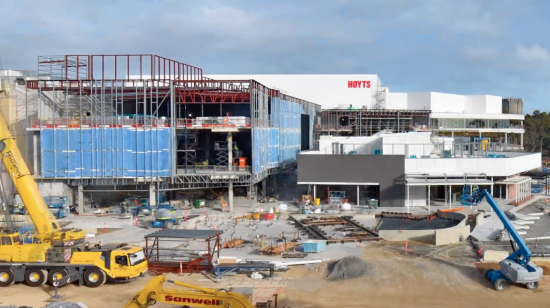 The final stage of the Karrinyup Shopping Centre development is taking shape ahead of its grand opening!
Karrinyup has announced October 7th as the offical launch date for the final stage of its multi-million dollar development.
The grand opening will bring the total number of stores in the centre to 290, as well as the first Hoyts cinema for Perth's northern suburbs in a new outdoor entertainment precinct known as The West Deck.
The West Deck will also be home to Archie Brothers Circus, Holey Moley, Strike Bowling, open grass and external play areas, and over 17 food and beverage venues.
In addition, there will be 18 new places to eat and drink opening at The Cafe Terrace, which will also feature a kids play area.
The $800m development of Karrinyup has been Perth’s largest commercial construction project since development began in November 2018, and is managed by AMP Capital. The centre has almost doubled in size, expanding from 59,874 square metres to 109,000 square metres.
See how the final stage has been coming together since July 2020 in our time-lapse video below.