Lift Off for Tonkin

All News Lift Off for Tonkin 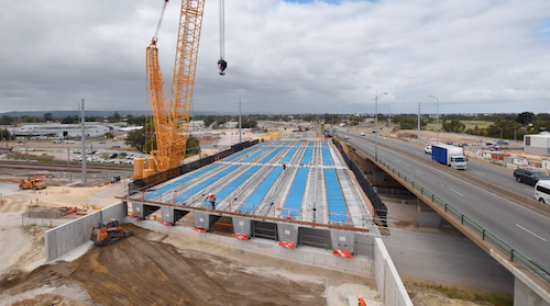 In a single weekend, 18 locally-made bridge beams were lifted over Guildford Road and Railway Parade in the first of four bridges to be built as part of the Tonkin Gap Project.

This section of Tonkin Highway carries an average of 120,000 vehicles a day. The upgrades are expected to reduce travel time by up to 11 minutes during peak afternoon traffic.

The lift of each bridge beam, which is 35 metres long and weighs up to 135 tonnes, was captured by our time-lapse camera